by Pari Digital Marketing on December 15, 2019 in MOBILE REVIEWS
Stay Safe Wear Mask, Protect Your Self from COVID-19 Thanks For Visit My Website
Realme X2 launch date in india
Realme X2 smartphone Specification

One of the biggest highlights of the Realme X2 will be the processor powering it,
Company have decide to lanch realme X2 on India.
Realme has launched many smartphones in India this year. Last month the company announced the Realme X2 Pro with Snapdragon 855 Plus in the country and now it is preparing to bring the Realme X2, which is a slightly toned-down version of the Pro version. Realme X2 is launching in India on December 17 at an event in New Delhi. Ahead of the launch, Realme has revealed some of the key details of the Realme X2 and also confirmed the phone’s design. 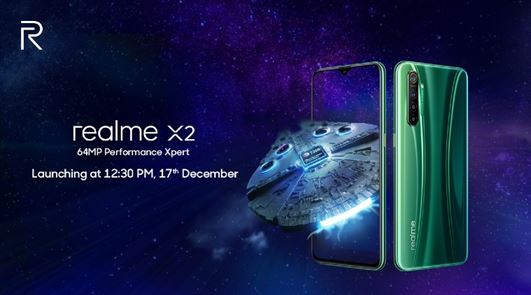 1.Processor:
Snapdragon 730G: The Realme X2 is the first smart phone which is running on Qualcomm SnapDragon 730G Processor.Before that we have seen Snapdragon 730, The difference between 730 and 730G chipset is that 730G is 15 % more than power full and efficient also run games very better. 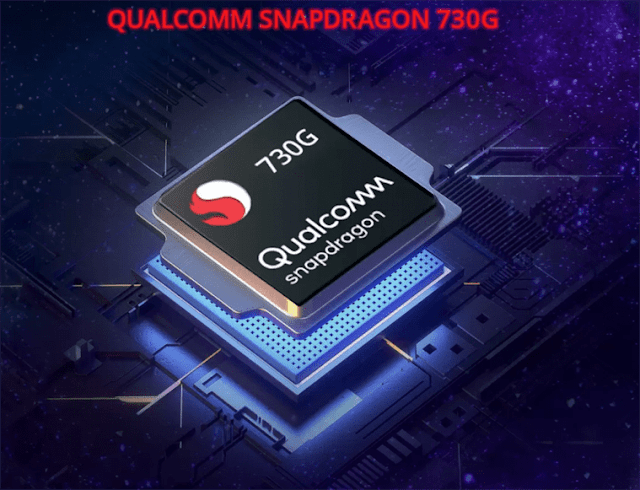 2. Battery:
30W VOOC Flash Charge:
Realme X2 smartphone Support fast charging...67%  in 30 min Charged
This Smart Phone have 4000mAh battery, which is now the standard that most smartphone manufacturers are maintaining. The best thing about the battery department is the 30W fast charging support that comes bundled with the phone. The company claims that the 30W fast charger can charge up to 67 per cent in 30 minutes time, which Realme says is almost 42 per cent faster compared to the 18W fast charging technology.

(Realme X2 Phone Specification)
3. Camera
64MP Rear Camera: Realme X2 have Rear Camera 64MP High Resolution sensor.
Realme has confirmed four rear cameras for the X2. The smartphone will come with a 64MP main camera on the back panel. Currently, only Samsung manufactures a 64MP image sensor, ISOCELL Bright GW1, so that is what the Realme X2 will pack. The other three will be an ultra-wide lens, a macro lens and a depth sensor.
Explore Flagship Photography

32MP Front Camera: Realme X2 Have Front Facing camera 32 MP, Realme XT. Realme has confirmed that the X2 will come with a 32MP camera on the front. The selfie shooter will be placed inside a waterdrop notch.
32MP Super Selfie 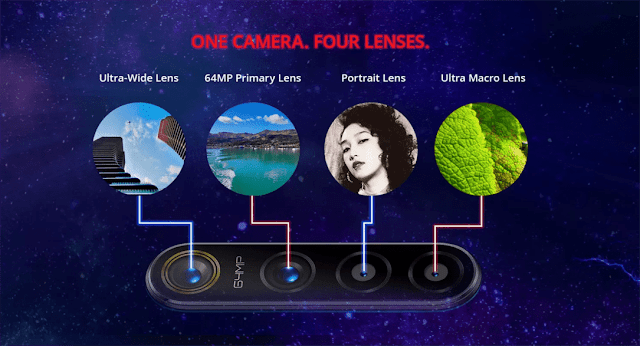 This special Offer only on available on FlipKart

New For You Open It